Cape Ann Museum Gallery Guide
October 30, 2010–May 29, 2011
A photograph of Captain Day’s house, which he purchased from Captain Davis, is on page two, column one. Edward Day Cohota lived there for several years, beginning in Spring 1860; Cohota is mentioned in column two. 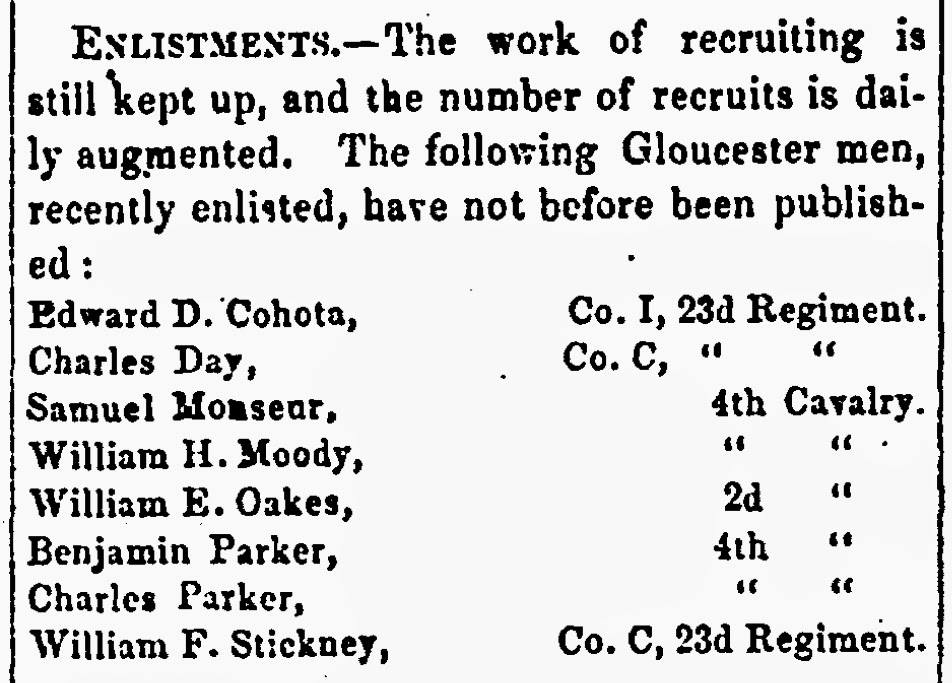 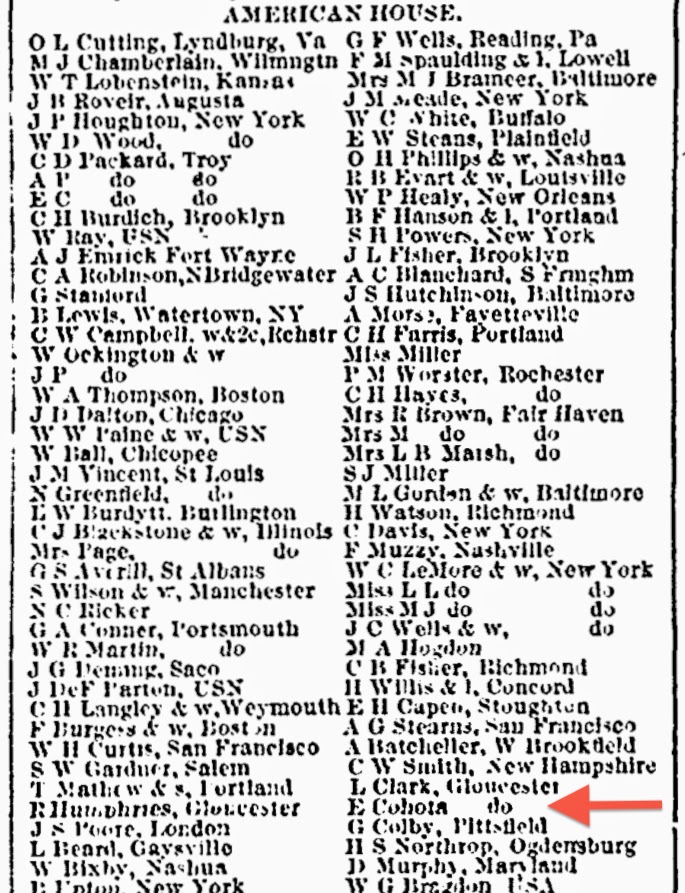 Cape Ann Light and Gloucester Telegraph
July 21, 1866
Notice.
To all whom it may concern, I have given Edward
D. Cohota, my China Boy, his time, and shall claim
none of his earnings, and shall pay no debts of his
contracting before or after this date.
Sargent S. Day.
Gloucester, July 1st, 1866.

Cohota is profiled in the National Park Service book, Asians and Pacific Islanders and the Civil War.