“Chinese in the Civil War”, by Thomas L. Lowry and Edward S. Milligan, appeared in the North & South, April 1999. They wrote about a Confederate soldier with the surname Kwan, whose name may have been a misreading of Kevan.


An even more mysterious Confederate was William H. Kwan of Company B, 12th Virginia Battalion of Light Artillery (Martin’s Battery, Richmond)....The handwritten records of the Virginia troops show a William H. Kevan in that company and battalion. In the calligraphy of the time, “Kevan” and “Kwan” are almost indistinguishable. But history has its little surprises. The eminent historian Robert K. Krick, and the late Lee A. Wallace, Jr., men familiar not only with Kevan but also with his present-day descendants, state there is no record or evidence of any such ancestor even remotely Chinese.

Looking at the U.S. Federal Censuses from 1850 to 1920, there are two men who could be the Civil Ward veteran mentioned in the article. “William H. Kevan”, “Wm. H. Kevan”, “W. Henry Kevan”, and “William Kevan” all lived in Petersburg, Virginia. Presented below are details of the census records so one can see the handwriting of the enumerators. I believe the handwriting contributed to the confusion of interpreting the name. 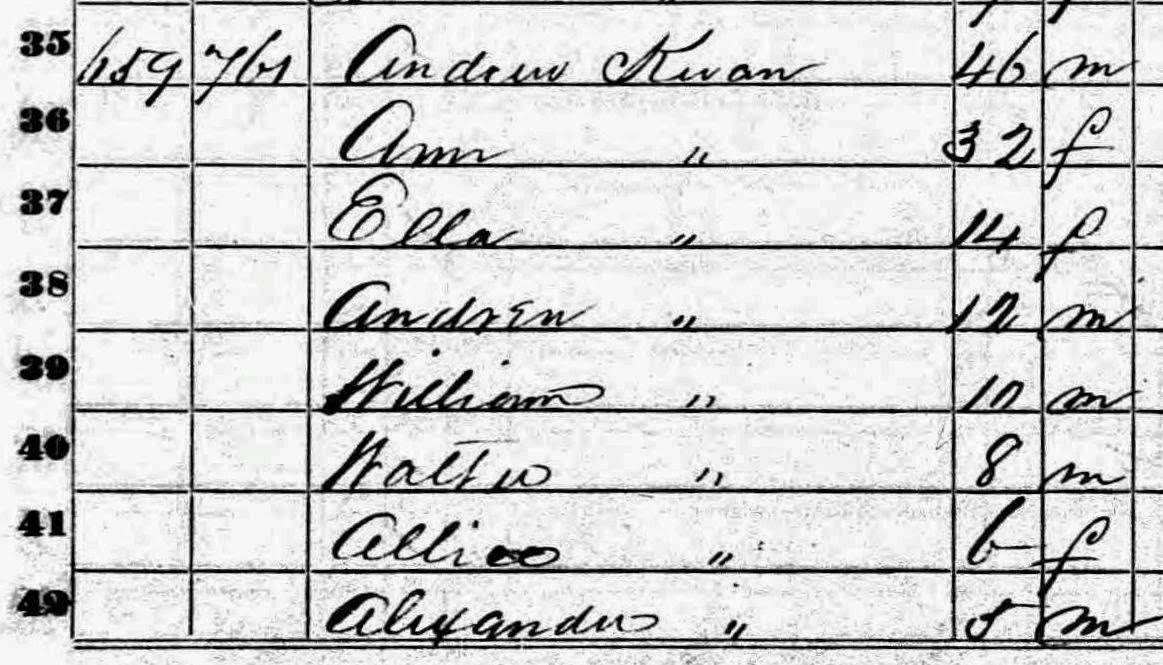 1860
Similar handwriting problem is seen here. William’s
father, John, was born in New York around 1818.
William was born in Virginia.


Links
Find a Grave has a W. H. Kevan buried in the Confederate section of the Blanford Cemetery at Petersburg, Virginia.

The National Park Service has a record for Kevan but none for Kwan.

Kwan is listed in the National Park Service book, Asians and Pacific Islanders and the Civil War.