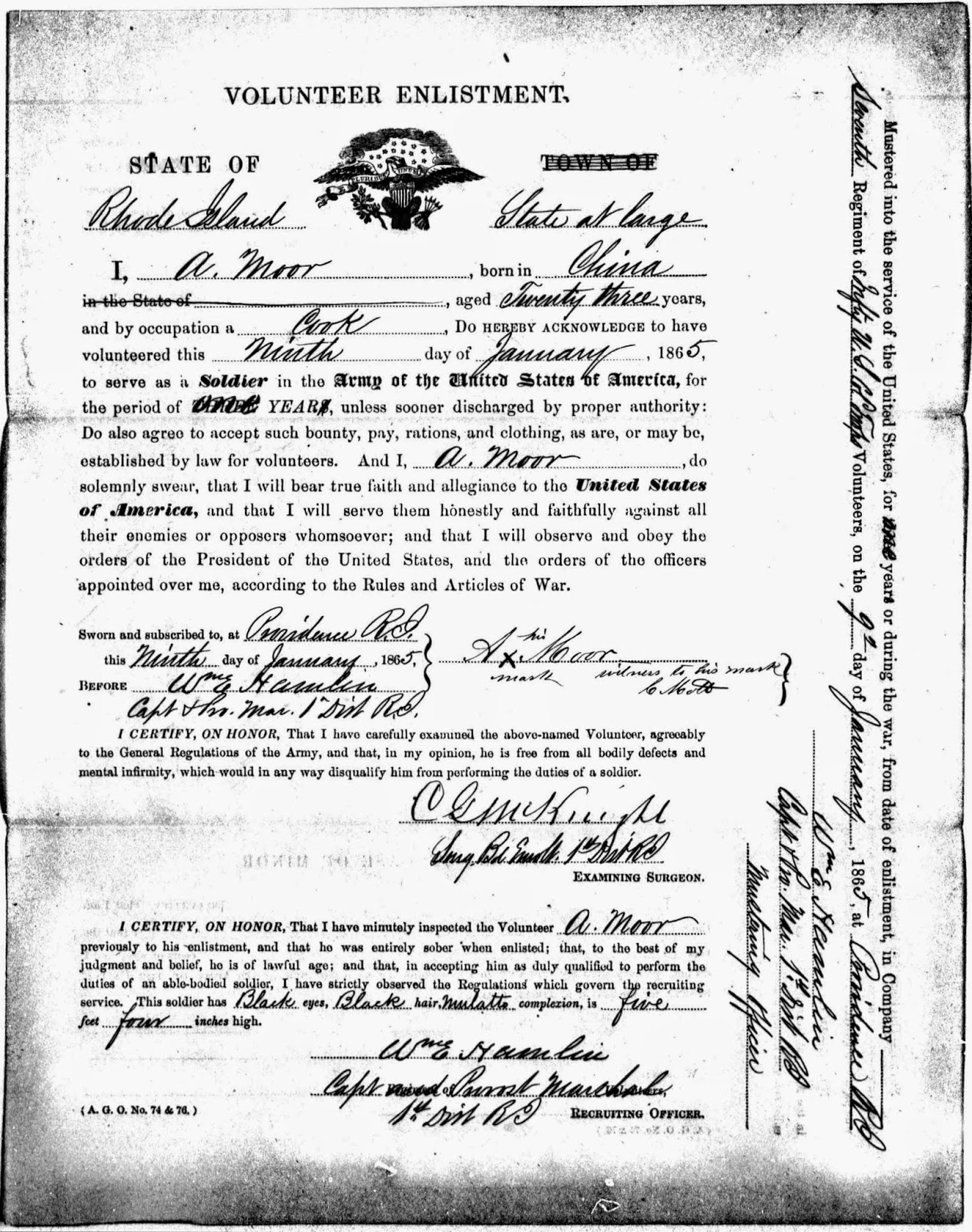 TOWN OF [crossed out]
State at large

I, A. Moor, born in China, aged Twenty three years, and by occupation a cook, Do hereby acknowledge to have volunteered this ninth day of January, 1865, to serve as a Soldier in the Army of the United States of America, for the period of one YEAR, unless sooner discharged by proper authority: Do also agree to accept such bounty, pay, rations, and clothing, as are, or may be, established by law for volunteers. And I, A. Moor, do solemnly swear, that I will bear true faith and allegiance to the United States of America, and that I will serve then honestly and faithfully against all their enemies or opposers whomsoever; and that I will observe an obey the orders of the President of the United States, and the orders of the officers appointed over me, according to the Rules and Articles of War.

A X his mark Moor [signature]
witness to his mark C. Molo

I CERTIFY, ON HONOR, That I have carefully examined the above-named Volunteer, agreeably to the General Regulations of the Army, and that, in my opinion, he is free from all bodily defects and mental infirmity, which would in any way disqualify him from performing the duties of a soldier.

I CERTIFY, ON HONOR, That I have minutely inspected the Volunteer A. Moor previously to his enlistment, and that he was entirely sober when enlisted; that, to the best of my judgment and belief, he is of lawful age; and that, in accepting him as duly qualified to perform the duties of an able-bodied soldier, I have strictly observed the Regulations which govern the recruiting service. This soldier has Black eyes, Black hair, Mulatto complexion, is five feet four inches high.

Mustered into the service of the United States for one year of during the war, from date of enlistment, in Company [blank] Seventh Regiment of Infty U.S. Cold Troops Volunteers, on the 9th day of January, 1865, at Providence RI
Wm E Hamlin [signature]
Capt & Pro. Mar. 1st Dist RI
Mustering Officer 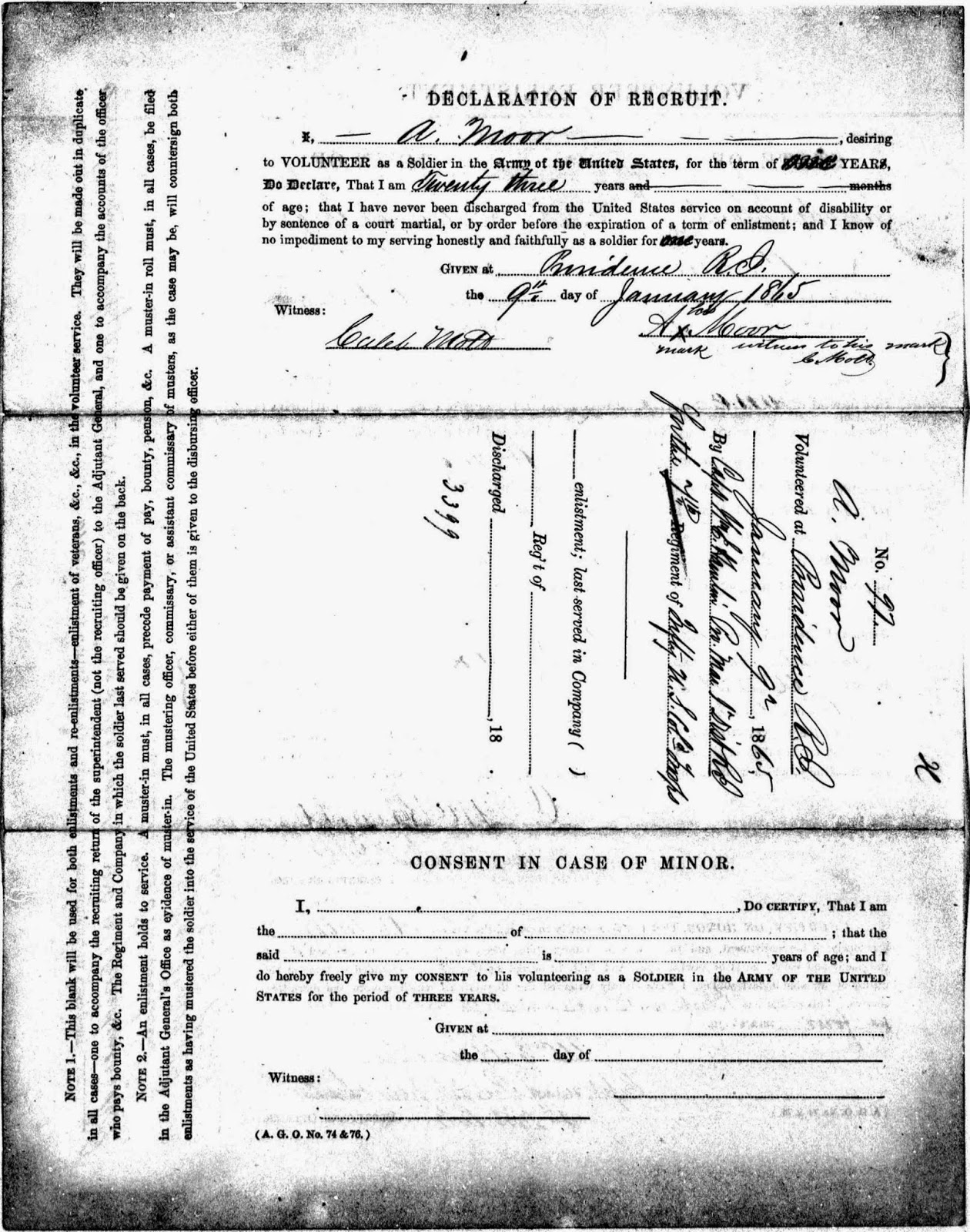 [panel 1]
DECLARATION OF RECRUIT.
I, A. Moor, desiring to VOLUNTEER as a Soldier in the Army of the United States, for the term of one YEAR, Do Declare, That I an twenty-three years of age; that I have never been discharged from the United States service on account of disability or by sentence of a court martial, or by order before the expiration of a term of enlistment; and I know of no impediment to my serving honestly and faithfully as a soldier for one year.

A X his mark Moor [signature]
witness to his mark C. Molo


Moor is mentioned in the National Park Service book, Asians and Pacific Islanders and the Civil War.