From Fredericksburg.
There was nothing from Fredericksburg by last evening’s train except twelve Yankee prisoners captured at Falmouth. They were a motley set, including Irish, Dutch, and a Chinaman. A gentleman who walked over the course on the Stafford aide says there is not a Yankee about the old camping ground. A few worthiest tents are left standing, some bayonets dropped about in the old camps, cartridge boxes, “played out” uniforms, which would be valuable to a paper mill, tin cups, canteens with holes in them, a broken cannon wheel, &c., show that the large family which has been occupying the premises have carefully cleaned up everything valuable before leaving. 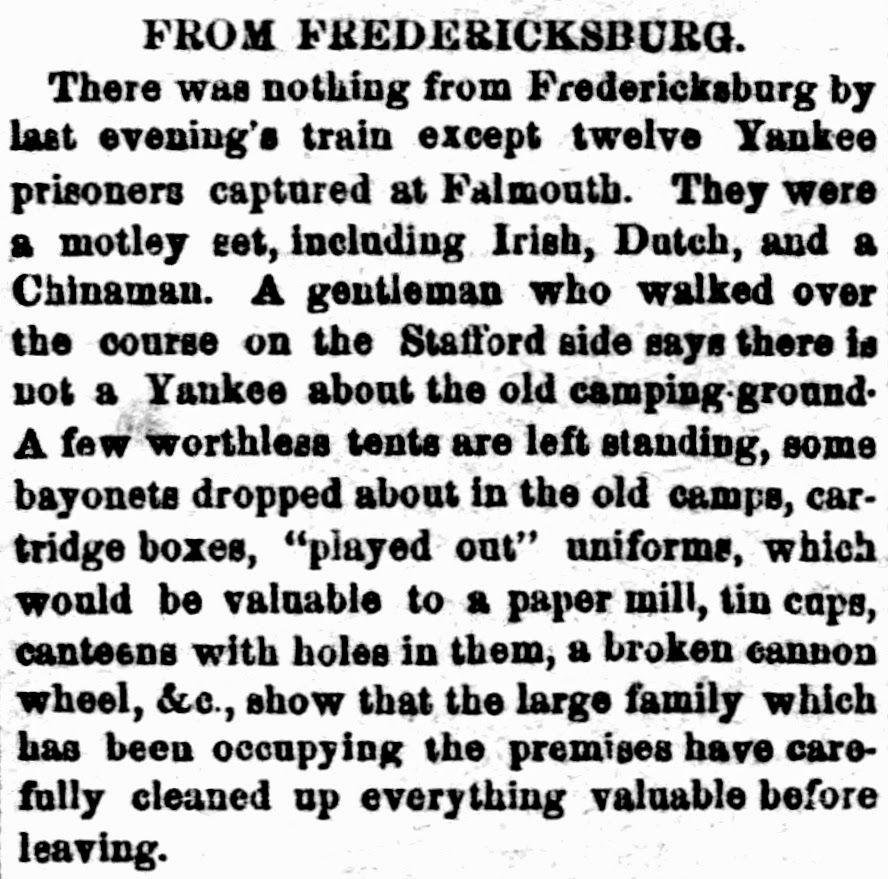 Tomney is in the National Park Service book, Asians and Pacific Islanders and the Civil War.

(Next post: Asians and Pacific Islanders and the Civil War)
Posted by Alex Jay at 8:00 AM